Objective: A number of natural polymer-based drug delivery systems targeting the colon are reported for different applications. Most of the research is based on the class of natural polymers such as polysaccharides. This study compares the anti-inflammatory effect of different polysaccharide based tablets on IBD when a drug carrier is targeted to the colon as matrix and coated systems.

Methods: The TNBS induced IBD Wistar rats were used as a model for the study. The microscopic and macroscopic parameters were studied in detail. Almost all the important IBD parameters were reported in this work.

Results: The results demonstrated that the polysaccharides are efficient in carrying the drugs to the colon. Reduction in the level of ulcer index (UI), Myeloperoxidase (MPO), and Malondialdehyde MDA, confirmed the inhibitory activity on the development of Reactive oxygen species (ROS). The increased level of Tumor necrosis factor (TNFα) an expression of colonic inducible nitric oxide synthase (iNOS) was lowered in treatments as compared to TNBS control.

Conclusion: The different polymer-based mesalamine (DPBM) confirmed the efficient anti- inflammatory activity on IBD induced rats. The increased level of glutathione (GSH), and superoxide dismutase (SOD) also confirmed the effective anti-inflammatory effect. A significant decrease in the ulcer score and ulcer area was reported. The investigation revealed that chitosan is superior to pectin in IBD treatment likewise polysaccharide-based matrix systems are superior to the coated system. 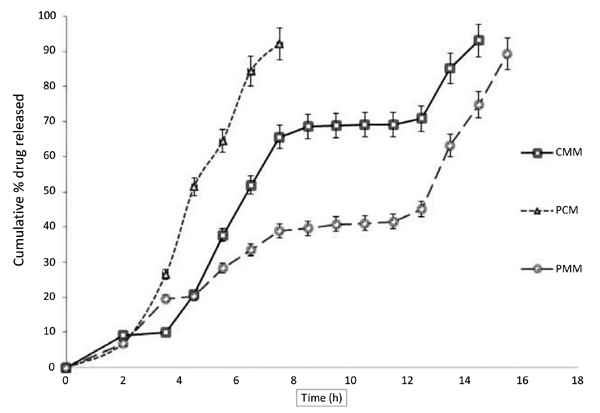